Italy is set to make vaccination against Covid-19 mandatory for people aged 50 and over in a bid to ease pressure on its health services and reduce deaths.

This came according to a draft decree presented today as the Cabinet meeting on the new restrictions continues.

According to the draft, seen by Reuters, the measure will be effective immediately and will last until June 15. If confirmed, it would make Italy one of the very few European countries to take similar steps.

Greece already has He pledged to make Covid-19 vaccinations mandatory for people over the age of 60.

Austria is so far the only country in Europe Announce that Covid-19 vaccinations will become mandatory for all eligible residents. It takes effect in February.

The draft Italian plan states that from the beginning of February until the end of March, only people with evidence of vaccination or a recent infection will be able to enter public offices, non-essential stores, banks, post offices and hairdressers.

Italy has recorded more than 138,000 deaths from the Corona virus since its appearance in February 2020, the second highest number in Europe after Britain.

Prime Minister Mario Draghi’s government had made vaccination mandatory for teachers and health workers, and since October last year all employees had to be vaccinated or tested negative before entering the workplace.

Today’s draft is toughening this up for those in their fifties by removing the option to get tested rather than vaccinated. Those who break the rule risk a fine from 600 to 1500 euros.

Hong Kong leader Carrie Lam said the government will introduce a series of new measures to curb the spread of the coronavirus, as she warned that the global financial hub is on the verge of a new outbreak.

The new rules include a ban on flights from eight countries for two weeks from January 8 – the United Kingdom, the United States, Canada, Australia, Pakistan, the Philippines, France and India.

Ms Lam was speaking as Hong Kong authorities launched a citywide search for contacts of a Covid-19 patient and ordered a «cruise anywhere» Royal Caribbean cruise ship to return to port early, as health officials feared a fifth wave of infections.

Nine people on the cruise ship carrying 3,700 people were found to have close contact in an outbreak of an Omicron species.

Like mainland China, Hong Kong is pursuing a Covid-free policy and maintaining some of the strictest measures in the world – including nearly closed borders, weeks of quarantine, targeted lockdowns and mass testing.

The city has recorded 114 cases of Omicron, with the vast majority identified at the airport or during the 21-day hotel quarantine that is mandatory for most arrivals.

But a small outbreak in the community traced back to Cathay Pacific airline employees has led to mass testing and contact tracing in recent days.

Today, this tracing effort has reached the Spectrum of the Seas, one of the ships offering besieged Hong Kong residents a «cruise anywhere» and which ply international waters on short voyages. 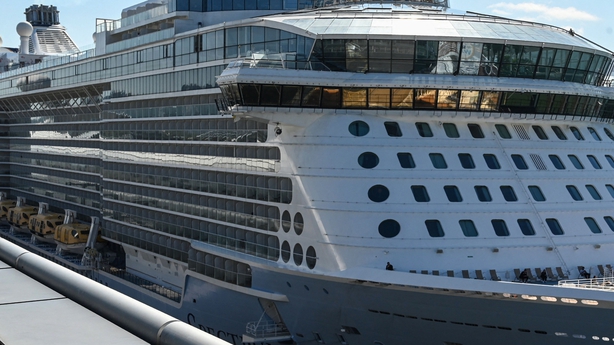 Health authorities said nine people on board the flight, which departed on Sunday, were classified as close contact and ordered the ship back to port a day earlier.

Everyone on board the plane — 2,500 passengers and 1,200 crew members — must test negative before they can disembark.

The Interior Ministry said in a statement that investigators suspected that 22 people were forging documents not only for themselves but also for their friends and acquaintances.

«Regulated trade and the use of false vaccine certificates is not a trivial matter, but a criminal offence,» said Interior Minister Gerhard Karner.

The statement said that a unit specialized in tracking forged Covid-19 documents had received a tip-off from the suspects who discussed their actions on social media.

About 100 police officers involved in the operation confiscated «several vaccine certificates, cell phones and computers.» They are now being assisted in the investigation by the European police agency Europol.

Austria is currently in lockdown on the unvaccinated, who make up about 30% of the population – among the highest in Western Europe.

Police say they check about 30,000 vaccination cards a day.

The Israeli Ministry of Health announced nearly 12,000 new cases of coronavirus, which represents the largest daily increase in infections since the beginning of the epidemic nearly two years ago.

According to the figures, 11,978 new cases of Covid were detected over the course of yesterday, surpassing the previous record in the country of 11,344 cases recorded on September 2 last year.

While there are currently nearly 60,000 people infected with Covid in Israel, the number of serious cases today is only 125, according to the Health Ministry.

Yesterday, Prime Minister Naftali Bennett predicted that cases would continue to rise and encouraged people to get vaccinated. 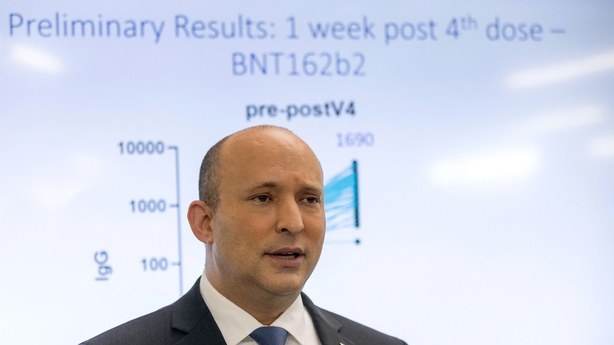 «The wave is now really increasing and we expect to have tens of thousands of cases already verified in the next few days,» he said during a tour of a hospital in central Israel.

«The good news is that the vaccines work, so anyone who is vaccinated and wearing a mask properly may not become seriously ill, and will pass in a few days,» he said.

The country has officially recorded more than 1.4 million cases of COVID-19, including 8,247 deaths.

Zhengzhou has ordered its 12 million residents to get tested for Covid-19 after finding few cases, as China struggles to eradicate clusters of viruses ahead of the Winter Olympics.

The city government said in a statement that everyone in Zhengzhou, which has been placed under partial lockdown, should be tested to «accurately detect infection hidden among the public».

Zhengzhou City has recorded 11 cases of infection in recent days.

The mass testing order came as case numbers in the closed city of Xi’an fell to their lowest levels in weeks, with officials saying the outbreak was «under control.» 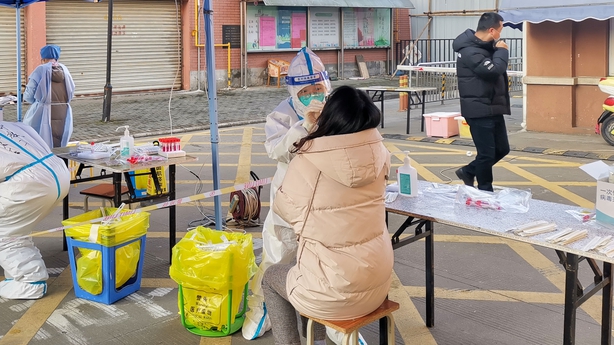 Xi’an’s 13 million residents have been under stay-at-home orders for the past two weeks.

China has stuck to a strict approach to cracking down on Covid cases as they arise, with strict border restrictions and targeted closures since the virus first emerged in the country in 2019.

But with less than a month until the Winter Olympics, a series of small outbreaks across the country have put the strategy under pressure.

Although the number of reported cases in China is very low compared to other countries, in recent weeks infections have reached a high level not seen in the country since March 2020.

China recorded 91 cases today – including 35 in Xi’an, the city’s lowest toll since mid-December.

The Zhengzhou outbreak is insignificant by comparison, but officials are not taking any risks.

And state media said that about 500 close contacts of the two confiscated cases of the epidemic, linked through mahjong rooms and family gatherings, were traced.

Eight residential communities have been closed.

On Monday, one million people in Liuzhou City – in the same province as Zhengzhou – were placed under stay-at-home orders after three asymptomatic cases.

China will host the Winter Olympics on February 4, under some of the strictest rules for a team sporting event since the pandemic began.

All athletes, officials, staff and volunteers will be in a «closed loop» system for the duration of the Games that separate them from the public.

Daily Covid-19 cases in Australia hit a record for a third consecutive day, further straining hospital resources and testing facilities as public anger grows over the handling of the fast-moving Omicron outbreak.

Many Australians, already unhappy with the long queues at public testing centers and the lack of testing at home, were even more pissed when the news broke that World number one tennis player Novak Djokovic has been granted medical exemption to enter the country.

The Australian Tennis Organization and the Victorian state government said Djokovic did not receive any special treatment in the blind review process that involved a panel of health experts.

When Prime Minister Scott Morrison was asked his opinion, he said the decision rested with the Victorian government.

Morrison, under pressure at the start of the election year, sought to reassure voters that his Liberal National Party coalition was in control, while maintaining tight control over money chains.

«There are no magic solutions here,» Morrison told reporters before a meeting of the National Cabinet, the group of federal, state and territorial leaders tasked with dealing with the pandemic.

«You just have to solve the problem, work together, and move on.»

Officials reported 64,774 new cases, most of them in New South Wales and Victoria, the most populous states. That easily exceeded the previous day’s national tally of about 47,800.

Total infections have risen more than 50 times from about 1,200 since late November, when the country’s first Omicron case was discovered.

The number of people admitted to hospitals in New South Wales and Victoria increased by 10% from the previous day, and authorities have warned that those numbers will rise further over the next several weeks.

Australia has recorded more than 612,000 cases and 2,290 deaths since the start of the coronavirus pandemic, with more than half of those infections reported in the past two weeks.