Thick clouds of ash from the volcano closed the airport Thursday morning for the second time since the September 19 eruption.

“La Palma airport is back in operation,” the Spanish Airports Authority wrote on Twitter, adding that cleaning work was continuing and without mentioning when flights would resume.

“We hope everything will be up and running in the next few hours,” a spokeswoman told AFP.

Thick ash forced the airport to close on September 25, but despite reopening 24 hours later, flights did not resume for another three days.

It’s been nearly three weeks since the eruption of La Cumbre Vieja began, forcing 6,000 people from their homes as lava erupted its way across 1,200 acres of land. 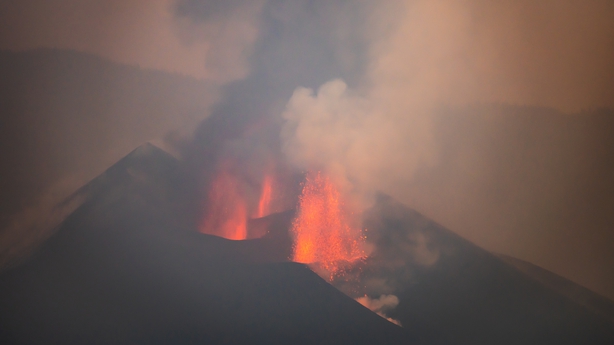 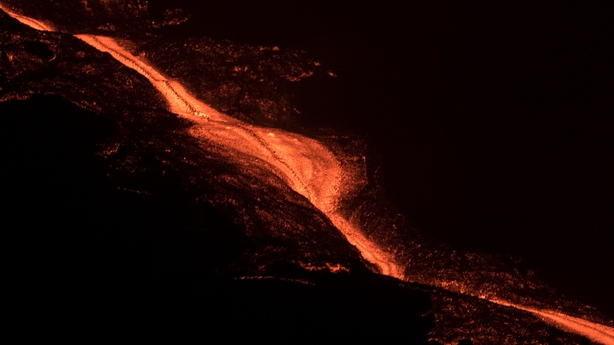 Earlier today, part of the volcano’s cone collapsed, causing several new rivers of lava to flow down the slopes toward an industrial area.

One of them, he said, opened a new path, while the other was following the path of an earlier flow “but with a larger volume of lava, it looks like it will overflow into the old flow at some point.”

The radio said new lava flows are approaching an industrial area filled with warehouses and businesses.

Lightning flashes were seen near the eruption early this morning.

A study published in 2016 by Geophysical Research Letters found that lightning can be produced during volcanic eruptions because the collision of ash particles creates an electric charge.

According to the latest snapshot from the European Union’s Copernicus satellite – taken before the nightly events – lava covered nearly 1,200 acres (480.5 hectares) of land and destroyed 1,149 properties.

IGN said on Twitter that dozens of other earthquakes occurred overnight, including a 4.3-magnitude earthquake.